Why Trans Folks Are Losing Sleep 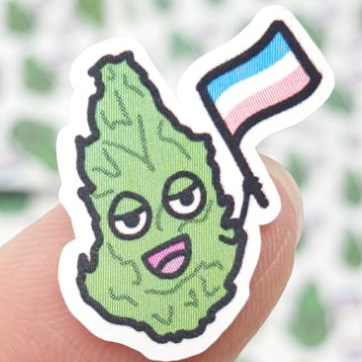 Subscribe to our weekly podcast here: https://apple.co/2lzs5Ti or where ever you podcast.

Why Trans Folks are Losing Sleep

Researchers found that sleep loss was a common experience among transgender and nonbinary people in New York. 35% said they had trouble sleeping because of issues relating to their gender identity and accessing gender-affirming care, while 15% said mental health challenges were tied to sleep loss. 60% reported using strategies like prescriptions, over-the-counter sleep aids, and marijuana to help sleep.

The CDC commemorated February 7th as National Black HIV/AIDS Awareness Day, which this year had the theme, “We’re in this together.” The theme highlights the importance of engaging with families, partners, and communities, they said. This year’s resources included a variety of social media images and suggested messages, while fact sheets explain how Black gay and bisexual men are particularly impacted by HIV.

Beyond Sexual Risks for Black Men

On the subject of Black men’s health, the American Journal of Public Health analyzed scientific research on Black this topic, and found that 84% of literature focused on sexual health and sexual risk, mostly HIV. Almost non-existent was literature on sexual pleasure among Black men, regardless of sexual orientation suggesting a focus on negative aspects of sexuality. The limited body of research reduces the potential for sexual minority Black men “to develop healthy, emotionally intimate, trusting, and sexually pleasurable relationships,” and can be correlated to historical systemic racism and structural barriers to Black health.

Researchers examined over 32,000 Facebook posts made by LGBT community centers, and found that using photos, videos, and direct engagement with the reader were all ways to boost posts. They also found that content related to topics including stigma and mental health played well – good news for centers hoping to address these critical health topics among the LGBT population nationwide.

Providers Speak Out for Trans Youth

NBC News reported that over 200 providers and other healthcare professionals in the South wrote an open letter opposing a growing number of pending state bills that would ban access to care for transgender youth. The letter says that there is strong medical consensus that such care is not only safe, but actually critical for the mental health and wellbeing of youth in need of such care.

A new study examined the healthcare experiences of a diverse sample of transgender women, and found that while mental and transition-related healthcare were priorities, participants struggled to find such care. They also found that sexual health was too narrowly focused on HIV and STIs, and that accessing sexual health education, broader support around dating, and other services were lacking.