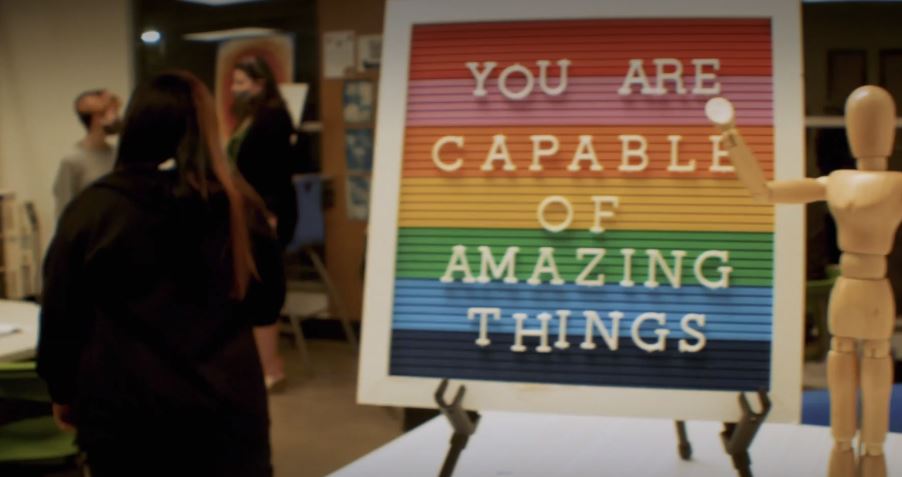 Centerlink published a video series that highlights the twelve year history of the Johnson Family Foundation Mental Health Initiative and the work that LGBT centers are doing to advance mental health. The initiative has supported over 60 such centers in providing model mental health programming to their local LGBT community, in some cases going on to be models of such services themselves. Dr. Paul Hokemeyer, Johnson Family Foundation Trustee and Licensed Therapist, noted the impact beyond the mental health of any one member of the community, saying that the grants “have empowered a generation of LGBTQ+ activists to see their personal well-being as the foundation upon which they can go out and heal our world.” The video was produced in recognition of Mental Health Awareness Month.

The Journal of the American Medical Association published a study that included youth in 22 states, and found that youth who were experiencing homelessness were more than three times as likely to be gay or lesbian as were youth not experiencing homelessness. This is especially troubling given that the study also found elevated rates of mental health and substance use issues among the youth who were dealing with the problem of homelessness. Youth experiencing homelessness were also more likely than their peers to be Black or Latinx, making the issue likely one of particular importance for LGBT Black and Latinx youth, who likely faced intersectional discrimination and challenges. Gender identity information was not available in the state-based data pool with which the study was conducted.

The AMA also published an interview with general internist Riley Wagner Lipschitz about her journey to becoming comfortable identifying as a lesbian woman with her patients. Dr. Lipschitz discusses the homophobia she sometimes encountered during her medical training, and how that led her to create an LGBT student alliance. But it was after having twins with her wife – and getting questions from her patients, eager to know about her experiences with motherhood – that she felt she had to be more open with those to whom she provides care. Dr. Lipschitz  recommends to young healthcare professionals that they find their own line of where they are most comfortable, and also that they seek to work in spaces that they find more open to LGBT providers, if possible.

The New York Times reported on the opening of the new Magic City Acceptance Academy in Homewood, Alabama, which is a public charter school aiming to be an inclusive place for 240 students in grades 6-12. Some non-LGBT students decided to enroll to escape other problems of bias, like racism or bullying at their prior school, or just because they wanted to learn in a more inclusive place. The LGBT-inclusive school stands at odds with recent policies in the state that include making it a felony to provide gender-affirming care to someone under the age of 19, and pressuring teachers to not keep the privacy of students who say they might be nonbinary or transgender; some worry that the new laws could make the school an even greater political target, given the resistance it has faced so far.

Relatedly, Scientific American analyzed the available research on gender-affirming care for youth, and found that state laws seeking to block such care for minors was not based in science. They interviewed experts, surveyed guidelines from numerous medical associations, and reviewed scientific literature, and all supported the idea that age-appropriate care including affirmative therapy and support for younger children and eventually puberty blockers and hormones at the appropriate age. They also point to research showing that few people who identified as transgender at some point later regret identifying as such or change their identity to their sex assigned at birth, and that many who did later decide not to live as transgender did so because of the stigma and discrimination they faced – not because their understanding of their gender identity shifted.

NBC News reported that Greece has become the latest country to ban so-called “conversion therapy” against LGBT minors. In addition, the service can no longer be advertised, and adults who want this type of service will have to explicitly consent to it before it occurs. The rules represent a significant crack-down on a service that has been discredited and that research has found causes psychological harm on those who receive it, as sexual orientation and gender identity cannot be changed through therapy. The change is part of a national strategy that Greece is implementing to improve LGBT rights; the country is also planning to ban surgery on young children who are identified as intersex, which advocates say is unnecesary and harmful.

Back to School Special, Plus Convos with Researchers

You can LISTEN to our Weekly Wellness Roundup podcast! Subscribe here:...
Read On

You can LISTEN to our Weekly Wellness Roundup...
Read On