This Week in #LGBTWellness News – an Indian Prince 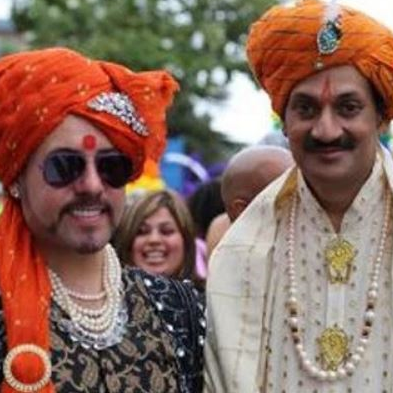 Gay Star News reported that Prince Manvendra of India, who came out as gay in 2006 and faced significant backlash as a result, is now seeking to open an LGBT center on his family’s royal grounds. The center will feature support groups, a music therapy room, a healthcare clinic, and more, as well as seek to bring visibility to a community that still faces stigma.

SF Stop Smoking launched a study aiming to help people quit smoking with Spanish-language and English-language resources, as well as a great online guide. Participants will comprise a study that hopes to teach researchers more about tobacco cessation. LGBT people are especially in need of such novel interventions, given that they smokeabout 50% more than others.

Researchers found that 11% of transgender people receiving HIV-related care are trans men, a small but sizable number given that they are often ignored in HIV prevention and care efforts. 47% of these men live in poverty, 23% have depression, and only 60% had sustained viral suppression for the past year, suggesting the population has complex needs and is underserved.

Researchers examined data from 14 states and found persistent health disparities for queer women of all races – for example, queer Asian and Pacific Islander women had four times the odds of smoking compared to their heterosexual peers. Results for men were more mixed, with queer men sometimes having better health indicators than their heterosexual counterparts.

The Fenway Institute released a report explaining how policies that allow companies to exercise “religious objection” to following various laws, including those requiring healthcare coverage, could negatively impact LGBT health. The report examines both state and federal law, and calls on the federal government to protect against discriminatory healthcare practices.

Researchers found that approximately 25% of queer adolescents had attempted suicide in the past year, nearly four times the rate for heterosexual teens; even more queer teenagers, 4 in 10, had seriously considered suicide during that timeframe. The troubling findings have garnered press coverage, and researchers say policy makers, clinicians, and more should respond to the crisis now.

LGBT Health published a special edition on older adults, who (as noted in the issue’s opening editorial) face disparities compared to their peers but also show high levels of resilience. One article found that while there were some troubling health indicators for older sexual minority adults, they were more likely than their peers to self-report excellent or very good health.

Huffington Post published an op-ed from a physician at the New York City Health Department, explaining why she stands in solidarity with transgender people. The author notes the widespread disparities that trans people (especially those of color) encounter, and lists several key steps that health professionals can take to be better allies. Sounds like a great New Year’s resolution to us!

The CDC released a new fact sheet on antiretroviral therapy (ART) and its role in viral suppression, a topic of interest as studies show that those with suppressed viral loads are very unlikely to retransmit the virus. The fact sheet notes that as of 2014, 58% of people living with HIV were virally suppressed, leaving about 4 in 10 needing more support in reaching that goal.

A study of queer men in Texas found that three out of four had at least one high-risk type of HPV, which can cause cancer, and that those who were living with HIV were at increased risk. Researchers recommended tailored interventions for Black queer men (who comprised most of the study) given their risk for HPV and lower likelihood of completing the vaccine series.

The Health of LGBT Orgs

Movement Advancement Project issued its annual report on the state of leading LGBT organizations. While sexual orientation diversity was strong, people of color were not proportionately represented in senior staff and board roles. Most organizations were advocacy-focused, with those centered on research and education comprising the smallest group.