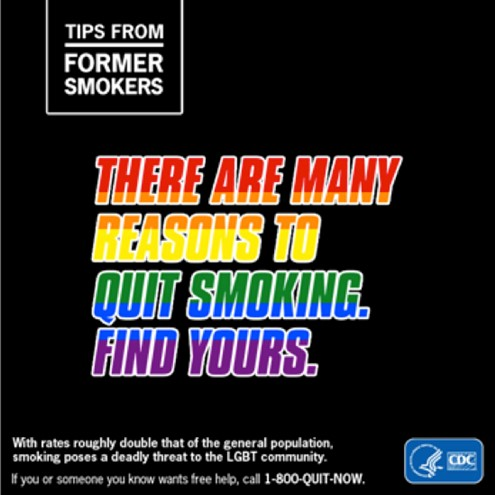 The #1 Way to Improve Queer Health

A Huffington Post op-ed argued that the best way to improve queer health is targeting the community’s disproportionately high smoking rate, which “has barely moved” even as use among other groups has dropped. The author highlights resources published by LGBT HealthLink, such as best practices for reducing LGBT smoking and state tobacco control report cards.

Researchers found that lesbian and bisexual women conducted more aerobic exercise than their heterosexual female counterparts, according to data on nurses nationwide. However, they also spent more time sedentarily, such as sitting at work or at home. The results mean queer women have both healthier and riskier behaviors when it comes to maintaining good overall health.

Competent Care? There’s an App for That

NBC News reported that a group of med students are launching an app that will help LGBT folks find local healthcare providers who have been recognized as LGBT competent. Long-term plans for the app include rolling it out to geographically cover as much ground as possible, and to let users review their experiences to help provide real examples of care to other would-be patients.

STAT reported that healthcare insurer Aetna sent letters to 12,000 people in which their HIV status was essentially revealed through plastic windows in the envelopes. HIV and human rights organizations have said that the disclosure has caused some individuals to face immediately discrimination, and that complaints with federal and state civil rights entities have begun.

A recent statement from three former surgeons general and detailed report from interACT and Human Rights Watch proven groundbreaking support for rejecting unproven genital surgeries on children too young to consent. They say such irreversible surgery injures rather than aids intersex youth, who should have the right to develop without surgical intervention until if and when they so choose.