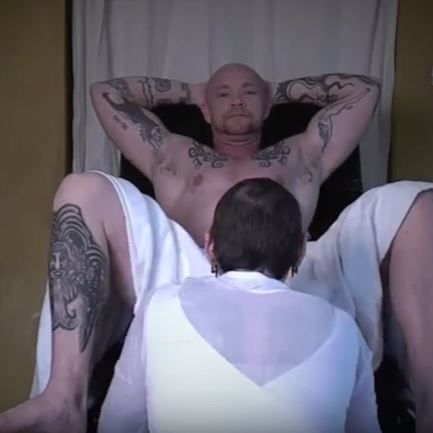 LGBT HealthLink completed a new E-Summit on LGBT health, including presentations on tobacco control, cancer, data collection, and more. It was the second time HealthLink has joined individuals interested in LGBT health in an online forum to share research, strategies, and experiences. Webinar recordings, pdf files and additional resources are available here.

A Hidden Risk to Poppers

A study found that heavy use of poppers (inhalant drugs popular among some queer men) was associated with a higher risk for virus-associated cancers among HIV-negative, queer men aged 50-70. This may be because using poppers can lead to riskier sexual behavior, thus increasing the chances that viruses like HPV – which can cause cancer – will be spread during sex.

The Washington Post reported that Democrats in Congress have introduced a bill to ban LGBT “conversion therapy,” a practice repudiated by the vast majority of healthcare professionals. Seven states plus Washington D.C. have already banned the practice, which queer advocates say amounts to abuse. The bill has yet to garner bipartisan support in Congress.
Study Measures Support for Anti-Smoking Campaigns
Researchers found that the general population supported targeted anti-smoking campaigns for teens more than campaigns targeted at racial or sexual minorities. Sexual minorities, however, supported campaigns targeted at their community at a higher rate than did the general public, suggesting the community sees more of a need for queer-specific interventions against tobacco.

The American Journal of Public Health published an op-ed calling for collection of LGBT data in every national health survey conducted, arguing that without data, the community cannot effectively advocate to end disparities. An additional op-ed noted that this call comes at a time when questions on LGBT older adults have been cut from a national survey, for unclear reasons.

A study explored patients’ willingness to disclose their sexual orientation to doctors, and found that only a small minority of patients (10.3%) would refuse to disclose. Certain factors, like being asked in a private area and being assured of confidentiality, may encourage openness. Bisexual patients were the most likely to refuse disclosure, suggesting they may need additional support and assurances.

Researchers found that half of trans men have not had a Pap smear screening in the past three years, as is recommended. 57% of participants preferred to self-sample for cervical cancer rather than having a provider do so, possibly out of fear of discrimination: those who had experienced discrimination were more than three times as likely to prefer the more private method.

NBC News reported that a Hawaii bill requiring insurance companies to cover fertility care for same-sex couples is under attack by lobbyists. Currently, such coverage is only available to opposite-sex couples, and in a very limited form. Those opposing the bill claim there are too many legal questions around same-sex use of fertility treatment for the bill to be successful.

Researchers found that while 80% of providers worried they would offend patients by asking their sexual orientation, only 11% of patients would be offended sharing that with their doctor. Queer patients cited more personalized care as the biggest benefit from being out to their provider, while providers thought improving patient interactions was the main benefit.

BuzzFeed reported that a transgender woman in Idaho is suing her state for its refusal to grant her a new birth certificate that reflects her gender identity. Laws for changing birth certificates vary by state, with many refusing to issue such changes. The woman says that her incorrect certificate has led to discrimination and verbal abuse, including from the Social Security office.

A study explored the theme of heteronormativity in treating prostate cancer, finding that one of its biggest influences is the assumption of heterosexuality among prostate cancer patients, which can cause embarrassment and a lack of feeling of support. More acknowledgment and understanding of patient diversity was recommended to improve quality and equity of care.

The Advocate reported that Texas Republicans attempted to make a compromise on the state budget, in which they dropped an amendment banning trans people from using the bathroom that fits their gender, while keeping an amendment that will block funds to Planned Parenthood. The deal was opposed by both Planned Parenthood and trans advocates, who say the organization is key in providing healthcare to LGBT Texans.