One in Four LGBT Youth Are Nonbinary 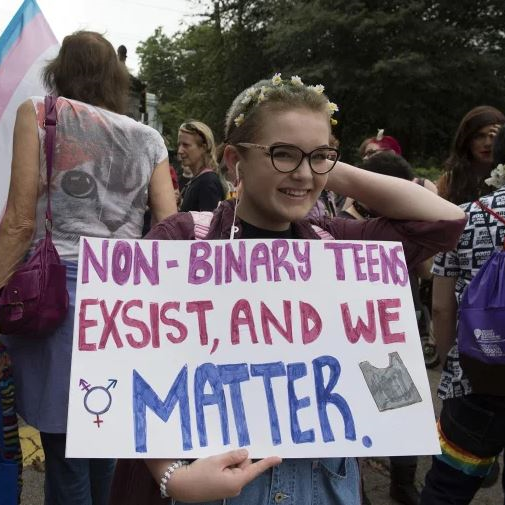 LISTEN to our Weekly Wellness Roundup podcast! Subscribe here: https://bit.ly/LGBTWellnessPodcast or where ever you podcast.

One in Four LGBT Youth Are Nonbinary

TIME reported on new research from the Trevor Project, released for International Nonbinary People’s Day this month, finding that 26% of LGBT youth identify as nonbinary, with another 20% questioning if they are nonbinary. This presents nonbinary-identified people as a large and growing part of the LGBT population, which will likely only expand if the trend continues. About half of nonbinary youth also identify as transgender while the other half to not, indicating diversity in self-identity among this broad group.

Researchers studied the presence of muscle dysmorphia (MD), or the “extreme pursuit of muscularity,” among gender minority individuals. They found that transgender men scored higher than trans women or nonbinary individuals in terms of showing symptoms of MD, partiularly driven by the factor known as “Drive for SIze” in which individuals seek to be larger. Researchers said the results should help inform care for trans individuals.

Open Democracy published a report on survivors of so-called conversion therapy, in which one’s sexual orientation or gender identity is attempted to be changed through discredited practices, in Kenya, Tanzania, and Uganda. The abusive treatment included receiving electric shocks, being drugged, facing isolation for long periods of time, and being given hormones contrary to their gender identity or expression. Survivors reported long-term effects on their mental health, relationships, and trust in the medical system.

HIV.gov announced that HHS has rolled out new data standards that will make it easier for providers to collect information relating to sexual orientation and gender identity (SOGI), as well as questions regarding social determinants of health – issues like poverty and housing that disproportionately affect LGBT people. The update does not require this data be collected, but could encourage health systems to do so, and also means that data collection could be made easier to compare, a persistent challenge with varying SOGI questions.

The New York Times reported on how to find an LGBT-friendly pediatrician, which can be a challenge given limited resources to identify doctors with actual LGBT knowledge and experience. The article recommends turning to local LGBT youth and parent-serving organizations for tips, and looking for signs of LGBT inclusion on their website or in their office. The article also discusses American Academy of Pediatrics guidance on quality care for LGBT youth, which includes using visible signs of LGBT inclusion at the office and sharing pronouns with patients.

Money reported on the challenges facing trangender people in accessing life insurance, which can be complicated given the industry’s heavy reliance on sex assigned at birth in making their coverage decisions; this is based on statistics that people assigned female at birth tend to have longer lifespans that people assigned male. Adding to the complexity is that each company currently has its own policy on how to categorize trans people’s gender, with some allowing them to identify with their identity and others frustratingly reverting to their sex assigned at birth. Companies also typically won’t write a new policy for someone about to undergo surgery – including gender-affirming surgery.