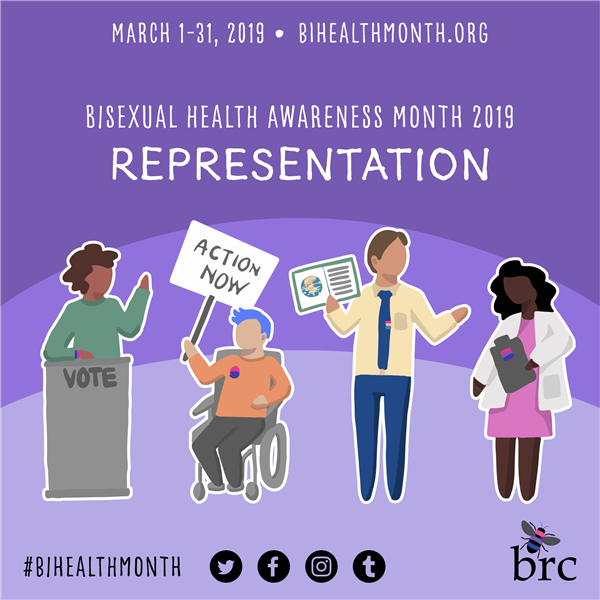 HRC and the Bisexual Resource Centered recognized March as Bisexual Health Awareness Month and shared why this year’s theme is “representation.” They note that while more people  come out as bisexual or pansexual and increase visibility, biphobia remains a huge problem and is compounded for those who also experience discrimination like racism and ableism.

Researchers explored the fertility experiences of lesbian women after intrauterine insemination and found many similarities in their outcomes compared to heterosexual women. Meanwhile, NBC News reported on the potential of freezing one’s eggs to add fertility options for transgender men, as the procedure has increased more than tenfold since 2009 among cisgender women.

ThinkProgress reported that the Iowa Supreme Court struck down the state’s ban on coverage of gender-affirming surgery for those who receive Medicaid. While Medicaid is a partially federal program, it is administered by the states, who set many of their own coverage rules – often excluding transgender-related care. The court said the ban violated the state’s civil rights law.

A study analyzed the new plan by the U.S. government to end new HIV transmissions nationwide by 2030, which involves targeted 48 of the most highly-impacted counties in the country. The authors say the plan will have to improve both prevention and treatment for those already living with HIV, as well as address underlying factors (like racism) that drive disparities.

A study examined the mental health of transgender veterans and found that experiencing discrimination was associated with suicidal ideation. Factors that mitigated this association included support from transgender friends and connection to LGBT and veteran communities. Researchers say more study is needed on how to address the health effects of discrimination.

NBC News reported on a gender nonbinary Californian who was turned away from giving blood. The would-be donor has an “X” on their state identification rather than a “male” or “female” marker, which put the individual at odds with the FDA’s guidance that donors give a binary gender at blood centers. The case mirrors the discrimination that queer men have routinely faced in giving blood for years.

HRC shared the work of bisexual activists to end biphobia and bi invisibility, which they say contribute to disparities that bi people face from cancer risks to mental health issues. They also say that research has only recently begun to disaggregate bisexual folks from gays and lesbians, thus allowing us to learn more about their particular health needs. The article is part of HRC’s work to recognize March as Bisexual Health Month.

Researchers provided new insight into suicide among LGBT people, analyzing national data of which 621 victims were identified in reporting as LGBT. Among the findings were that gay and lesbian victims were more likely than their heterosexual counterparts to have been diagnosed with a mental illness. NBC News reported on the importance of the study and the need for more research, including looking at the intersection of age.

If you or someone you know needs help, see resources like the Trevor Project or Trans Lifeline.

LGBT Youth and Substance Use

A study found that LGB adolescents were more likely than their heterosexual peers to engage in various types of polysubstance use (that is, using more than one substance such as alcohol, tobacco, and marijuana). They also found that the disparities between heterosexual and queer students was even more pronounced among female youth than among male youth.

Outside Magazine reported on a new organization getting queer people outside to hike, meet new people in a welcoming environment, and build community – not to mention receive the physical and mental health benefits of outdoor exercise. It’s even helping to create jobs for the guides, which the organization says are needed for given high LGBT unemployment and poverty rates.

Researchers explored starting doses of hormone therapy for patients with gender dysphoria, particularly as it relates to the patient’s body mass index (BMI). They found that higher BMI was associated with lower estrogen dose requirements for transgender women but higher testosterone doses in transgender men, and suggest that more study is needed to understand hormone therapy.

The CDC shared more information about this year’s National HIV Prevention Conference, which will take place later this month with the theme, “Getting to No New HIV Infections.” A main focus of the conference will be the new federal plan to reduce new HIV infections by 90% over the next ten years, a challenging goal that they say is possible with methods including PrEP.