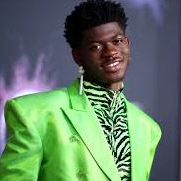 The AP reported that Lil Nas X has been honored by the Trevor Project, an LGBT organization focused on youth suicide prevention. They cite the artist’s openness about his challenges with coming out and mental health, as well as his advocacy for LGBT issues, as the rationale for Lil Nas X receiving their first-ever Suicide Prevention Advocate of the Year award. The Trevor Project’s most recent survey found that more than four in 10 LGBT youth had seriously considered suicide within the past year, framing mental health as a key issue facing the community.

Medscape reported on a recent trial on an HIV vaccine that sadly failed to produce results, even as interest in a potential vaccine has increased since the development of COVID-19 vaccines last year. Heavily funded developers of COVID-19 vaccines did in just months what has not been done in 40 years of HIV history, and even as this trial failed, another began. Still, some suggest a renewed focus on proven prevention methods, such as PrEP, is needed while the potentially far-off solution of an HIV vaccine is being sought.

LGBT Health published research on facial masculinization options for transgender men, a topic that researchers say is less commonly discussed than facial feminization for transgender women but that offers similar benefits. These, research suggests, include mental health benefits but also increased social acceptance and therefore less discrimination and victimization. In addition to summarizing the various procedures available, the article also discusses the growing options for insurance coverage of such treatment and strategies for providers to contribute to advocacy around broader acceptance and coverage of gender-affirming care.

On the subject of insurance, Reuters reported that an appeals court will allow a case to proceed against North Carolina’s State Health Plan, which decided in 2018 to exclude all types of gender-affirming care, including counseling, from its coverage. While states sometimes enjoy immunity from such challenges, the court ruled that the state had waived such privileges by accepting federal funds to bolster the health plan. Trans health advocates will still have to proceed and prove the case violates the antidiscrimination provision of the Affordable Care Act, which has increasingly been seen to include LGBT related discrimination.