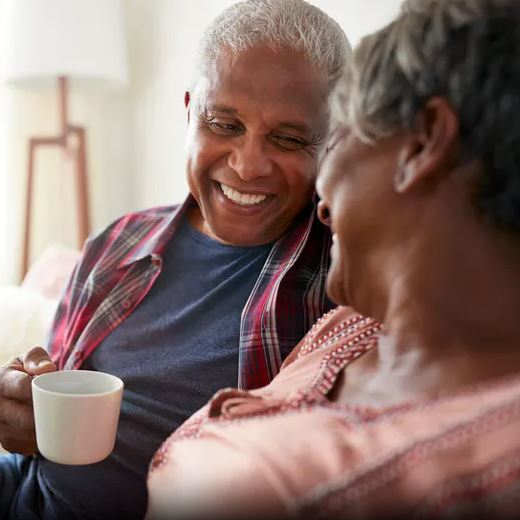 Now you can HEAR your Weekly Wellness Roundup, too! Subscribe to our weekly podcast here: https://bit.ly/LGBTWellnessPodcast or where ever you podcast.

Researchers explored the impact of incarceration, justice system discrimination, and arrests on the health and wellbeing of sexual minority Black men. They found that 43% had experienced police discrimination within the past year – and that that discrimination was associated with high levels of psychological distress, higher risk sexual behaviors, and lower willingness to take PrEP to prevent HIV.

Relatedly, the Winston-Salem Journal reported on how two groups protesting recently in Raleigh – one Representing Black Lives Matter, and the other LGBT rights groups – convened spontaneously to protest police brutality together. LGBT activists noted that this was really a “return to their roots,” given that the LGBT rights movement largely began with the Stonewall riots, a series of protests against police brutality led by queer and trans people of color.

Windy City Times reported that a gay doctor in Illinois, who contracted and survived COVID-19, is being denied as a blood donor because of his sexual orientation. People who have tested positive for COVID-19 develop antibodies, and collecting blood samples from such individuals may be critical to treating the disease. The ban on queer men donating blood still stands, however, unless the person has been celibate for at least three months.

UNAIDS published a new report finding that the world is not on track to meet its 2020 HIV targets. Over the past few years, worldwide new infections of HIV have surpassed UN goals by a whopping 3.5 million. 62% of new infections occur among LGBT people, sex workers, and people who inject drugs, marking a major disproportionate impact in these communities.

The Detroit Free Press published an op-ed exploring how Black LGBT folks face intersectional discrimination and compounded disparities in a wide array of areas, but little attention has been paid to the population. The author notes that if society wants to improve Black health (or LGBT health), people who hold both identities – as the subgroup facing the greatest need – cannot be overlooked.

POZ Magazine reported on a new study of 20,000 LGBT people worldwide that found that 21% of people living with HIV were having difficulty accessing ARV treatment because of lockdown restrictions relating to the COVID-19 pandemic. Twice that number, 42%, had a month or less left of their ARV supply. Among LGBT people not living with HIV, only 56% reported access to HIV prevention services.

Researchers examined disordered eating among cisgender lesbian women using PRIDE Study data, and found that 9.1% reported in the clinically-significant range for weight concerns and 13.9% reported the same for shape concerns. 13.5% reported past month occurrence of dietary restriction and 8.7% past month binge episodes, while 7.1% had been diagnosed with an eating disorder at some point in their lives. The study is one of the first to look at eating disorder behaviors specifically among lesbian women.

Being a Black Lesbian Woman at an Historic Moment

Ms. Magazine published an op-ed on the intersectional discrimination facing Black lesbian women, who find themselves at the crossroads of LGBT, Black, and feminist movements – all of whom are still fighting for equal rights many years after those battles began. The author says her optimism at some of the progress that has been made, such as the recent Supreme Court decision advancing LGBT rights, is tempered by factors like the marginalization of Black women even within the LGBT community.

LGBTQ Nation reported on challenges and resources for transgender older adults, who sometimes struggle with respect to social support, health care, and aging services. This group is less likely than others to have strong support networks, which also puts them at increased risk for discrimination, according to research. Resources include provider listings for finding trans-affirming care and know-your-rights guides.