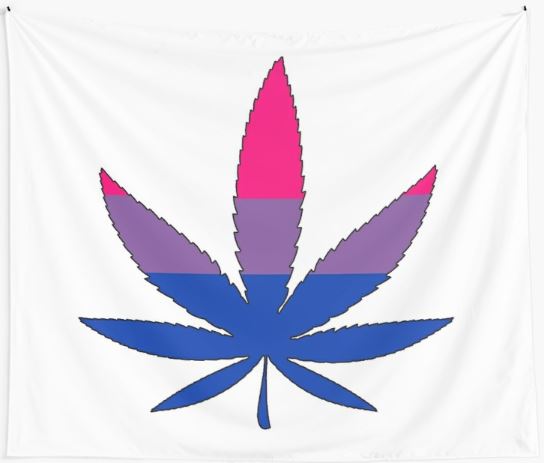 Now you can HEAR your Weekly Wellness Roundup, too! Listen to our weekly podcast here: https://apple.co/2lzs5Ti or on your podcast app of choice. Now available everywhere!

Daily Beast reported on a groundbreaking, “immersive theatre experience” that explores the stories of four Black gay men in the South who are living with HIV. The work’s creator says that much of what we see regarding HIV takes place decades ago and does not center Black experiences, even though Black men still make up more than half of all new HIV diagnoses .

A new study, of 27,715 US transgender adults, found that 19.6% of transgender people who had ever talked to a professional about their gender identity were subjected to attempts to “convert” that identity. This experience was associated with a 1.56 times increased risk for severe psychological distress in the past month and a 2.27 times increased risk of a suicide attempt over the course of their lives. This was true for both secular and religious-based experiences.

The Los Angeles Blade called LGBT folks’ attention to a recent CDC warning about e-cigarettes, after over 450 cases of pulmonary disease were associated with the practice. The Blade notes that “vaping” may be exacerbating the already high disparities that LGBT people face with respect to tobacco products, partially due to being targeted by the industry.

Men’s Health explored how nine bisexual men were able to overcome stigma and obstacles and come out – something which bisexual folks are far less likely to feel comfortable doing than their gay and lesbian peers . They talked about how factors like representation in the media and at work, and support from LGBT organizations and bisexual friends, helped them open up.

Did you know that CenterLink’s interactive directory can help you find an LGBT center near you?

Bloomberg Law examined the continued challenges faced by transgender people in many states in accessing gender-affirming medical care through Medicaid, despite a federal law that should guarentee access . Problems like low numbers of qualified providers and “low” rates of reimbursements for doctors who accept Medicaid also limit access to care.

MedicalResearch.com interviewed the authors of a new study on marijuana, which found that 40% of bisexual women used the substance within the past year compared to 26% of lesbian women and 10% of heterosexual women. Bisexual women also had higher rates of daily use of marijuana, as well as use of marijuana for medicinal purposes, than other women.

Campaign Aims to Stop HIV Together

The CDC launched a new website with resources designed around the newly-announced plan to end the HIV epidemic by 2030. These include the Let’s Stop HIV Together campaign, which has a library of materials for digital download or print ordering.  They also published an embeddable widget that helps people to find nearby HIV prevention resources, including PrEP.

Physician’s Weekly shared new research on conversion therapy facing transgender people. One in seven transgender people say that a professional counselor has attempted to make them undergo discredited therapy to change their gender identity, and one in twenty have faced such treatment in just the past five years. Only a minority of states have banned the harmful practice.

The Reuters Foundation shared a new study finding same-sex fathers had less access to paternal leave than did others, receiving equal benefits in only 12% of the countries included in the study. Same-sex mothers fared better, but still only received equitable time in 60% of countries. The study may inform those seeking to expand such benefits in the U.S. on how to do so equitably.

OZY explored resilience among Black LGBT women, particularly with respect to mental health. The author notes that some research has found that bisexual and lesbian Black women were less likely to experience depression than were their White and Latinx peers, and suggests that family and community support and high self-esteem might serve as protective factors.

A group of transgender researchers, providers, and advocates published an article on the importance of including transgender people in research being conducted about their communities. They also proposed ways to ensure that trans people are represented in planning and delivering health conferences, including using best practices to gather data on presenters.