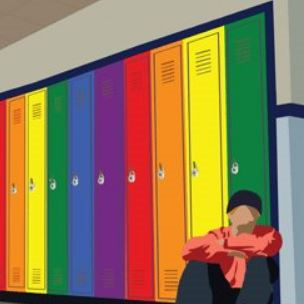 How Black MSM Use Apps

A study in three southern cities of Black men who have sex with men found that more than three-quarters (76%) of those who used apps had used a social networking app like Grindr or Jack’d, with more reporting that they use the app to “kill time” than to find sexual partners. Just over a quarter (26%) did not know the HIV status of sexual partners they encountered.

PA Proud to be Smoke Free

Business Insider reported on efforts in Pennsylvania to have Pride events go smoke-free, a topic that LGBT HealthLink recently covered in a Twitterchat. The southeastern part of the state has made particular strides, and notes the need to counteract the effect of decades’ worth of advertisements directed by Big Tobacco at LGBT people, which may help explain smoking disparities.

Slate reported that the World Health Organization (WHO) will no longer classify transgender identity as being a mental illness, a move heralded by advocates as one that better reflects modern medical knowledge and could reduce stigma. Gender incongruence (and the services it might require, like hormone treatment) will now be referred to as a sexual health matter.

A study reviewed research on end-of-life care for LGBT persons and found that one of the biggest barriers was the impact of discriminatory laws and policies, such as prohibitions against same-sex marriage that kept partners from being legal decision-makers. Challenges to decisions from biological next of kin, psychological distress, and lack of visitation rights were other common problems.

Opioid Crisis in the Queer Community

The National LGBT Health Education center released a report on opioid use in the LGBT community. They note that sexual minorities, especially sexual minority females, were more likely than their sexual majority peers to misuse pain relievers; they also explore the relationship between opioid use and HIV risk, which is also concerning for LGBT health advocates.

LGBT HealthLink held a Twitterchat to provide tips on how to make Pride celebrations smoke-free. The issue is a significant one given that LGBT people smoke at about a 50% higher rate than do others, and are often the targets of tobacco marketing. You can read the conversation by checking out LGBT HealthLink’s Twitter handle or the hashtag #SmokeFreePrideChat.

Researchers found that lesbian and bisexual female adolescents were more likely to face peer victimization and loneliness, and that these factors were connected to these youth having higher body mass indexes (BMIs) and seeing greater rises in BMI between ages 10 and 14. The findings help solidify these social considerations as key risk factors for higher BMI in queer girls and young women.

NPR reported that the Department of Veterans Affairs, or VA, is conducting outreach to LGBT veterans to find ways of making them more comfortable seeking care in VA facilities. A New Hampshire medical facility – citing the higher rates of PTSD and depression among LGBT veterans as its motivation – even used a drag performance to help show its inclusivity. Task & Purpose also reported this week on the stigma facing LGBT vets.

The New York Times published an opinion piece raising alarms about the falling rate of condom use among men who have sex with men. The author says that while this is in part because of an increase in PrEP use, the fall is still dramatic and troubling – and notes that PrEP does not protect against STIs other than HIV, which have also been on the rise.